MOSCOW, RUSSIA, April 10, 2018 /EINPresswire.com/ -- For the second time within the past six months the Russian folk character Baba Yaga will be showcased as the main figure in the art project of the Russian sculptor Irina Lagoshina. This time the national fairytale heroine will act as an educator during the World Art Dubai contemporary art exhibition. (Dubai World Trade Centre, April 18-21, 2018). The main objective of the project entitled “Cultural code ext. 007(643 RUS)” is to awake the interest of the visitors toward ancient Russian history and mythology as well as to remind of the importance to preserve national cultures in the global world.

For the first time Baba Yaga became the central figure in the installation of Irina at the contemporary art exhibition during Miami Art Week in December 2017 (Miami, USA). The Russian magical figure generated a real furor while being loved so dearly that her sculpture remained in Miami and now garnishes the seafront in a prestigious area. 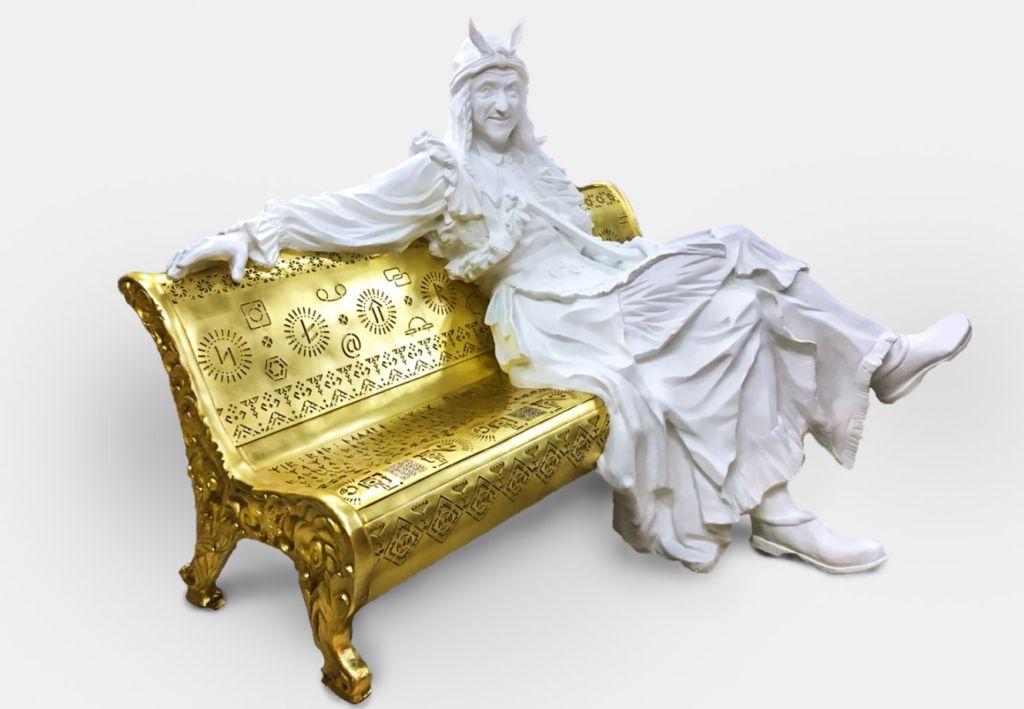 “One of the main ideas within my new project is to show the valuable connection between the past and the present. History as a part of the genetic memory is an important foundation and that is why I used elements of the Russian cultural code and ancient writing. In such a way as to combine with current universal communication symbols, I wanted to create such space where simultaneously there is room for national and global, ancient and modern, mystical and rational“, explained Irina Lagoshina.

In ancient Russian mythology one of the roles of Baba Yaga is the preservation and transmission of the sacral knowledge to the new generation. In her project Irina shares this using “runica”, an ancient writing, which was used by our ancestors thousands of years ago. Mysterious runic writing is not fully researched yet, that is why encoded messages in the project are the artistic interpretations of the author.

Aesthetic and educational goals of the art installation are supplemented by scientific. The audience will be offered to take part in a small sociological survey. The purpose is to identify representative’s opinion from various cultures on several aspects of such a concept as “universal human values”.

The use of modern technology in the installation made it possible to widen its horizons from the scale of the exhibition area to possibilities of virtual reality. A specially designed application will allow the visitors not only to immerse into various semantic levels of the art project, but also to preserve it in memory. For participation in the sociological survey one will receive a “mediashirt”. In the unique print, a simple but elegant technological solution will be embedded allowing one to take a part of the virtual reality home.