The World Will Be Saved by Art, Humor and … Baba Yaga!

The World Will Be Saved by Art, Humor and … Baba Yaga! 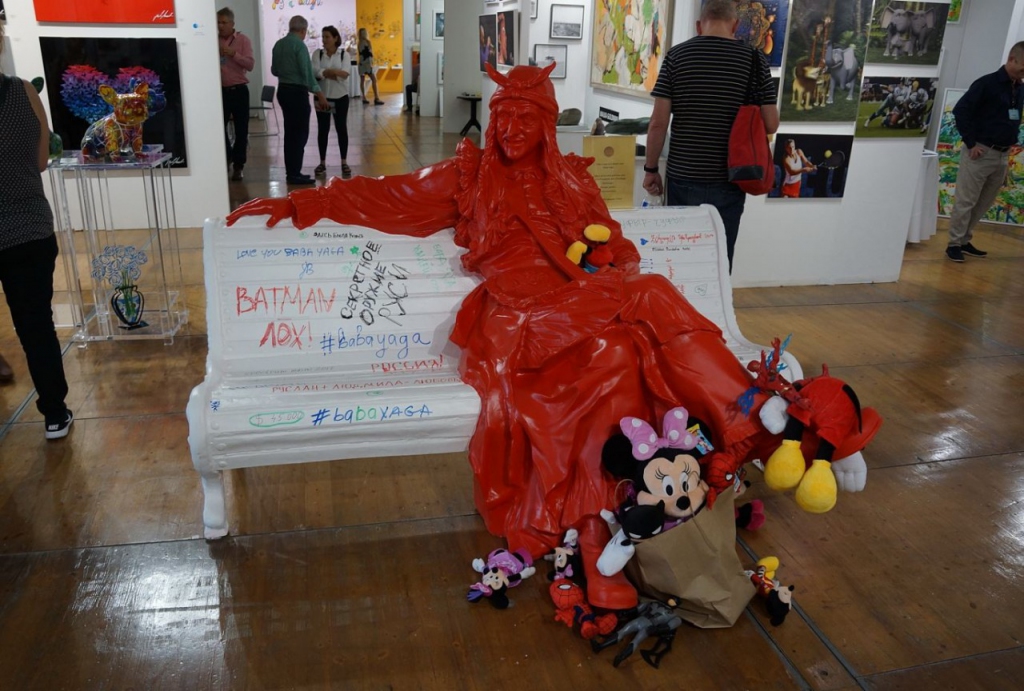 While the artists racked their brains on how to attract the attention of sophisticated public, Baba Yaga, a unique deity of Slavic mythology went to the USA to represent Russia. She became an antithesis to western popular characters, appearing at the exhibition as a superhero. The idea really inspired the founders of Boogie Art Gallery Natalya Sudova and Aleksandra Shatokhina, and Boogie brought the project to the USA and implemented it within Miami Art Week. 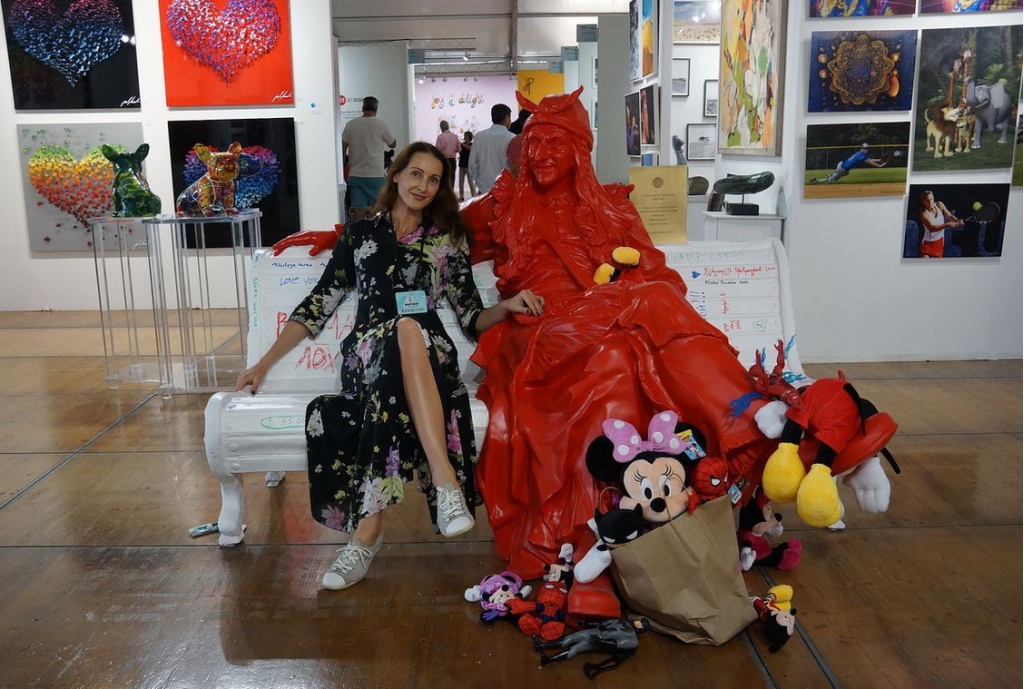 This is exchange of traditions, history and art that wipes off the distance between cities and people. Sculptor Irina Lagoshina was able to bring together cities in different countries: Yekaterinburg and Miami. Young but already famous Russian artist created a conceptual work with Russian roots. The first bronze statue of Baba Yaga appeared in the center of Yekaterinburg in summer 2017, and now a similar piece of art took its place on the streets of Miami. 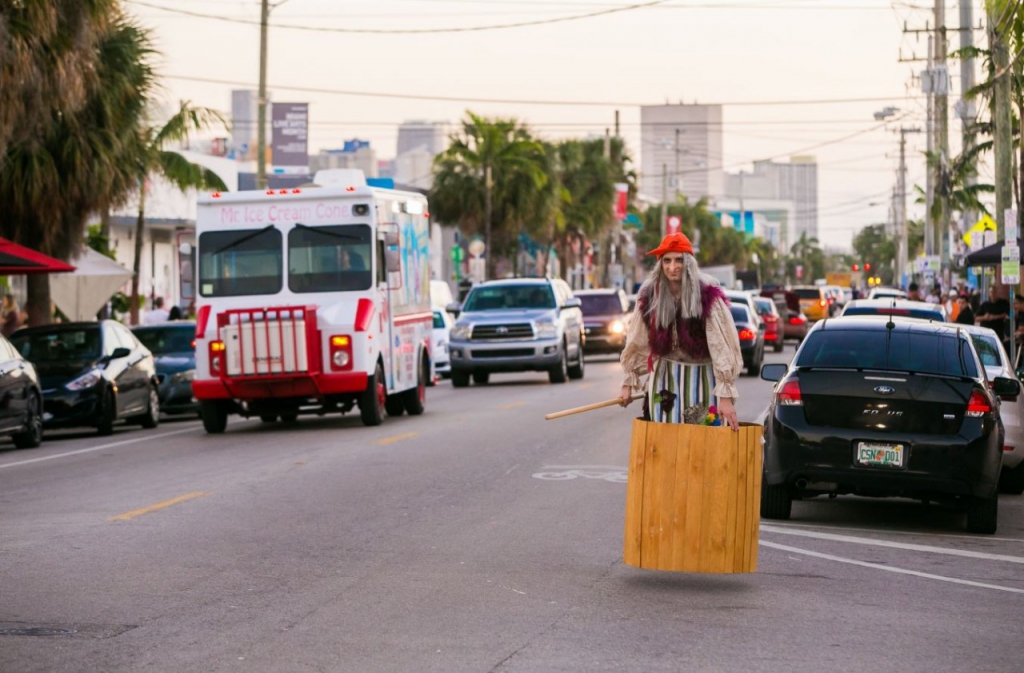 “In my project Super Hero, that was exhibited at Miami Art Week in Spectrum pavilion, I tried to destroy the stereotypes about Russia”, says Irina, “Baba Yaga is a powerful mythological archetype that influenced the formation of the Russian people’s mentality. Despite her specific looks she is a very powerful, wise and fair-minded character. Through this character I wanted to tell people about our traditions and history. The mission of the project is mostly to raise awareness, since art makes people look at life differently, it expands the perception boundaries and promotes self-understanding.”

It was very important for the author of the sculpture to make sure that viewers can not only look at the piece of art but also interact with it. That’s why Irina sat her character on a bench, so that guests could sit next to the harmless witch. Traditions to leave inscriptions in public places go back to ancient times, and the bench was the place where people could leave their mark in history.

The project has some implied analogy with the current political situation: the image of Russia in the international information space appears to be just as frightening and aggressive, as the image of Baba Yaga. However, underneath the looks lie the wisdom, ancient history and such positive traits of Russian character as inner strength, endurance, generosity and craving for justice.

Baba Yaga represents the national spirit. Because, in fact, she is not some malicious crone, as many fairy tales tell, but a positive deity of the Slavic pantheon, protector of orphaned children, progenitor, guardian of family and family traditions, perceptress of children, treasures of arcane knowledge. 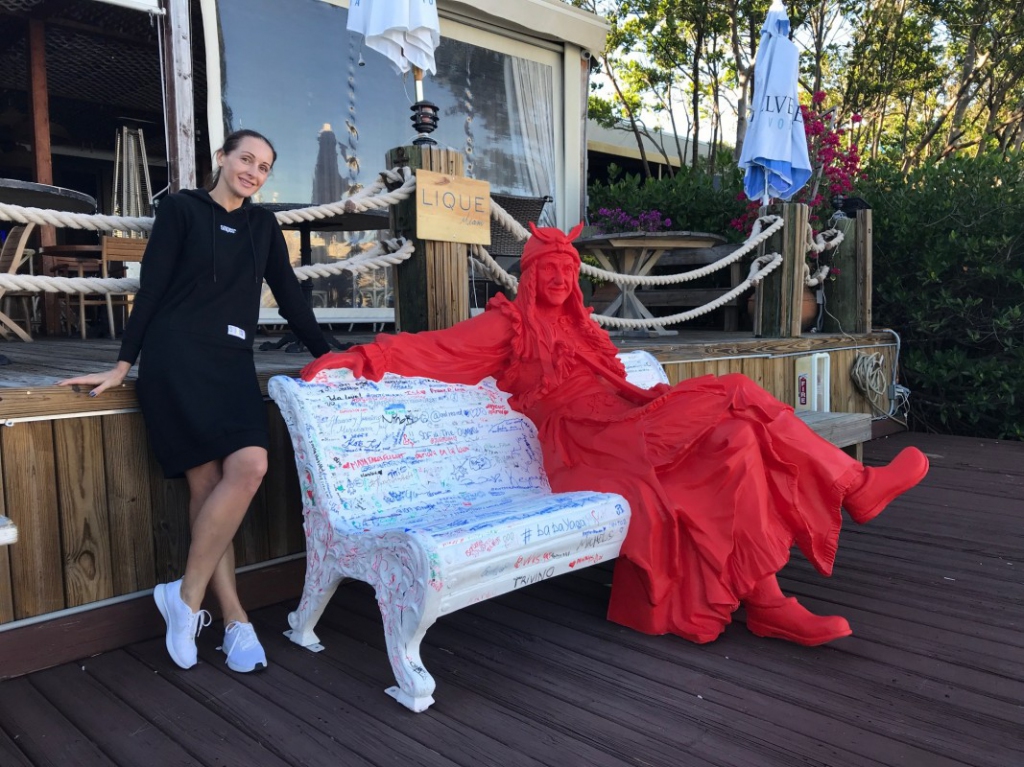 The fairy tale was brought to live right in front of the public: a real Russian Baba Yaga, the one who rode her hover mortar on the cities of her Motherland and has gained over 80 million views on the Internet, arrived to the exhibition to supervise the process of installation of the statue and personally participate in its presentation. The performance attracted a crowd of guests who wanted to take a memorable photo or video with the fairy tale character. There was also a very touching moment when an American lady even raised from her wheelchair to take a picture with Baba Yaga.

However, these were not all surprises for the day. All guests of the exhibition could receive stylish designer t-shirts as a gift from Baba Yaga. The most popular design among “Russian” Americans was “Batman sucks” and among Americans – “I eat bats for breakfast”, and among Russian employees of the exhibition – “Secret Weapon”. People came to booth to ask for these designs specifically.

After the exhibition the heroine went back to her motherland – Russia, and her silent copy stayed in Miami. The sculpture of Baba Yaga was installed in famous LIQUE Miami restaurant and now entertains tourists and residents of the city.

It may be said that today Yekaterinburg and Miami became relatives, because now they are united by the magic of art in the form of a sculpture from Slavic mythology. 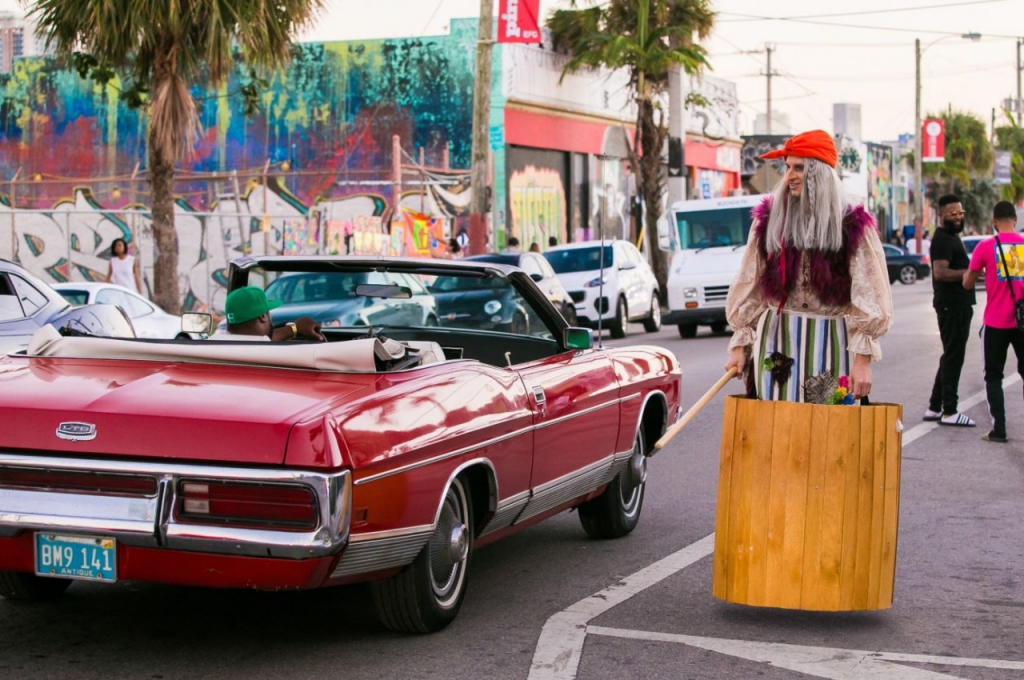 Baba Yaga actually came to life in the minds of guests of the exhibition and residents of the city. She touched the hearts of many people. “I am really glad that the sculpture found it place in Miami and became an inspiring example of an intercultural dialogue”, shared her emotions the sculptor.

While politics brings nations apart, art bring them together and reminds them that we are all people who can develop new common traditions and love to new artistic works. Culture doesn’t care about the situation in the political world, as it grows, develops and brings people together.

As the expression goes, the world will be saved by art, sense of humor, and, as it turned out, Baba Yaga. Recently US consulates re-opened the doors for the Russians. They began to issue US visas in Vladivostok, Saint Petersburg and Yekaterinburg. Probably, the magic of the fairy tale character also helped.