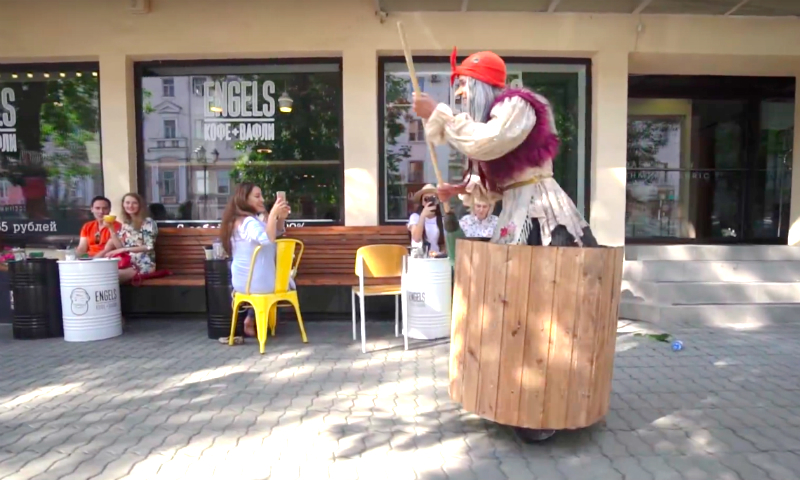 Recently a new hero appeared on the Internet and in social networks. It is … Baba Yaga, an old enchantress or a witch living in the woods, she is a popular fiction character in Slavic fairy tales. Most often she appears in tales, where the main characters are little children or the Tsarevich Ivan, who is trying to find his fiancée or some overseas wonders. In the viral video you can see that fiction character, which is well known to everyone from early childhood, riding a modern version of mortar – a hover mortar - around the city with a broom in her hands!

The video became viral and caused quite a stir in the Web and social media. In the video, with groovy background music, the old witch, just like any other honest citizen, waits for the green signal, and then continues her ride. People are curious about the unusual guest wearing an orange headscarf. Some people take their smartphones and start filming feverously; others simply smile and try to talk to the mysterious old lady. One thing is clear – this character from Slavic mythology and Russian folklore left no one indifferent!

How can one explain such popularity of Baba Yaga? Of course, mostly due to the genius performance of Georgy Millyar. He was the one who made the image of Baba Yaga a true manifestation of national distinctiveness. His character doesn’t cause aversion or fear. By the way, this is what Millyar told of how the image of Baba Yaga was born: “I saw an old woman in Yalta – she was minding goats in Chaynaya Gorka. She was an ancient Greek lady, hunchbacked, with a hooked nose, with a baleful stare and a short stick in her hands. A perfect Baba Yaga! … And I also took a lot after my neighbor in the communal apartment. She had a dreadful temper, she was a real trouble maker, who just had to put people against each other.”

We all read fairy tales about Baba Yaga and Koshchei the Immortal when we were kids; and the unknown authors of this video gave people a wonderful opportunity to see the legendary character in person. Guess this explains the unbelievable success of this video. 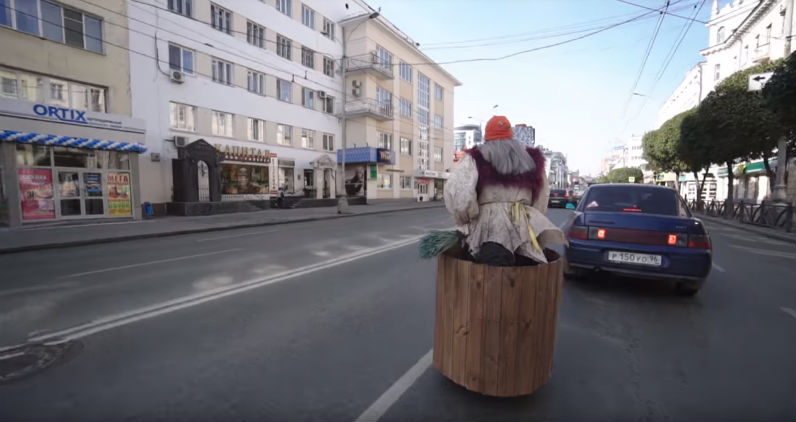 By the way, even federal networks showed interest in this video and called the modern-day Baba Yaga “our fearful secret weapon against the US newest unmanned combat air vehicles”. Commentators in the Web say that since famous American actor Morgan Freeman took part in the aggressive anti-Russian video, then we will answer to the hysterical US propaganda with our secret weapon – a positive and funny video about Baba Yaga! A lark’s a lark, but for many people Baba Yaga is a significant symbol of our culture, together with a bear holding a balalaika, ushanka and Cheburashka, and since recently – animated series “Masha and the Bear”, that became popular all over the world.

On Odnoklassniki video watched 18 million people. 18 million views. So, what is the secret of this video’s success? The answer is simple. The target audience of this social network is people 35+, that means that many viewers remembered their childhood years. The “anchoring” principle worked perfectly here, the authors of the video decided to play the nostalgia card and add new modern-day colors to our favorite character. People mostly looked at how people in the street reacted to Baba Yaga, and many of them showed positive emotions. Viewers, seeing smiles and happy faces of the people in the video, started feeling the same! Another recipe of success is the fact that this famous elderly woman was recklessly riding a hoverboard. This dissonance also attracted the viewers. 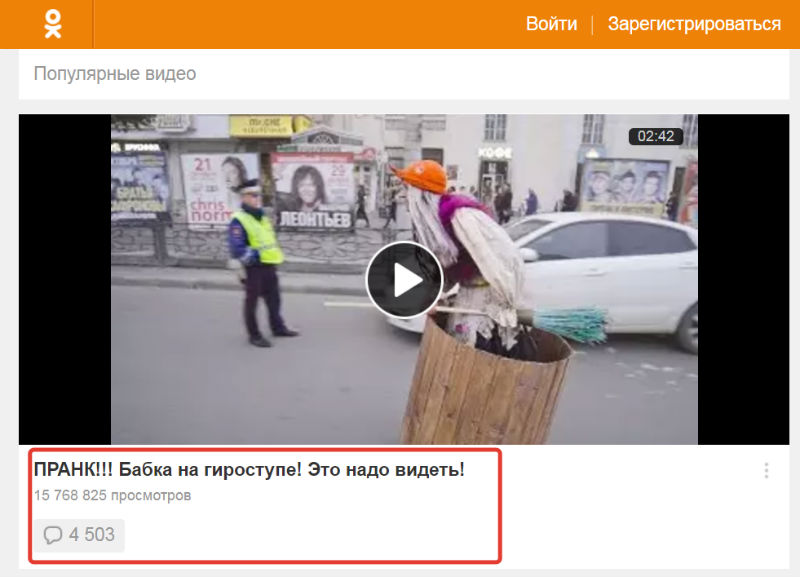 The same video on YouTube gained over 100 thousand views, leading to a conclusion that active users are below 30, and for them Baba Yaga is not associated with their favorite childhood character. Modern youngsters have completely different heroes, however comments on YouTube were just as positive, as on Odnoklassniki, however the only difference is that 100 thousand views do not equal to 18 million views. 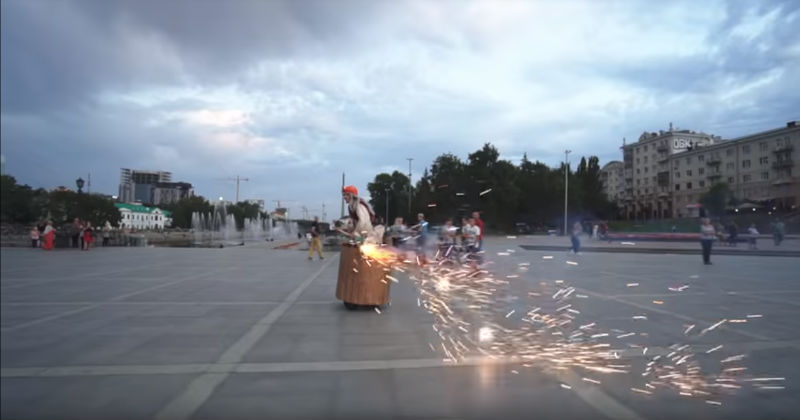