The largest in Asia, and second largest in the World, Hong Kong Toys & Games Fair showed the latest novelties of the world’s industry of children’s games and toys, and introduced Russian interactive amulet doll “Folk Grandma” to the public.

The fair, which is already over 40 years old and which grew into a major annual event, exhibits the latest industry tendencies and gives customers an opportunity to meet toys manufacturers.

Baba Yaga was chosen to represent our country at the international fair in China. This toy is not only a child’s play, but it also conveys a deep meaning, it reflects Russian folklore, cultural traditions and is a projection of care, wisdom and hospitality. The image of the oldest character of Slavic mythology became a symbol of family wellbeing and a guardian of the hearth.

A Baba Yaga toy turned out to be not only a talisman that can make wishes come true, and not just a souvenir to embellish an interior, but a real magical miracle, since it has a magic power – to predict future and raise mood of all those around it! If you ask Baba Yaga any question and press her right hand, you will hear a wise piece of advice for the day in the form of a folk saying, and if you press her left hand, she will raise your spirits by singing some cheerful couplets. Proverbs is a real historical treasure and Russian heritage, and the doll knows 20 of those, getting a child acquainted with the folk wisdom, and giving some joke predictions to adults. 20 Russian folklore couplets in Baba Yaga’s repertoire include such couplets as “Let’s go dancing with smiles on our faces, as guests are waiting by the gate!”

The doll attracted great interest and feedback from the guests of the Fair, especially those from Slavic countries: Poland, Czech Republic, Ukraine and Belorussia, because the kind witch is also one of the main characters of their tales and myths.

One of the most memorable performances and funny events at Hong Kong Toys & Games Fair 2018 was the appearance of a living Baba Yaga. This lively, teasing and highly sociable old lady went back to her good old days and cheered up all guests of the Fair and most probably was the most popular person for taking selfies with. Baba Yaga was accompanies by her twin granddaughters Volga and Katya Korol. Together they presented t-shirts, badges and memorable souvenirs, causing quite a stir among the guests of the event.

The heroine of the viral video that has gained over 40 million views in Runet only, and also a living incarnation of the Baba Yaga toy personally rode her hover mortar over the whole Hong Kong Toys & Games Fair venue and confidently declared that amulet doll “Folk Grandma” has all chances to become children’s favorite toy! 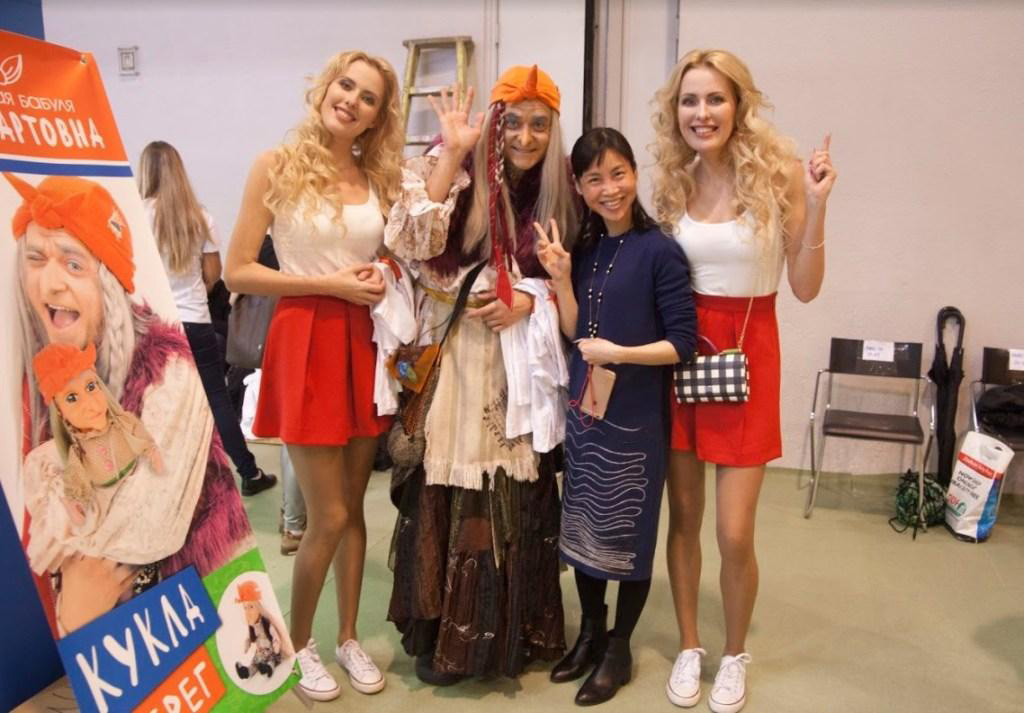 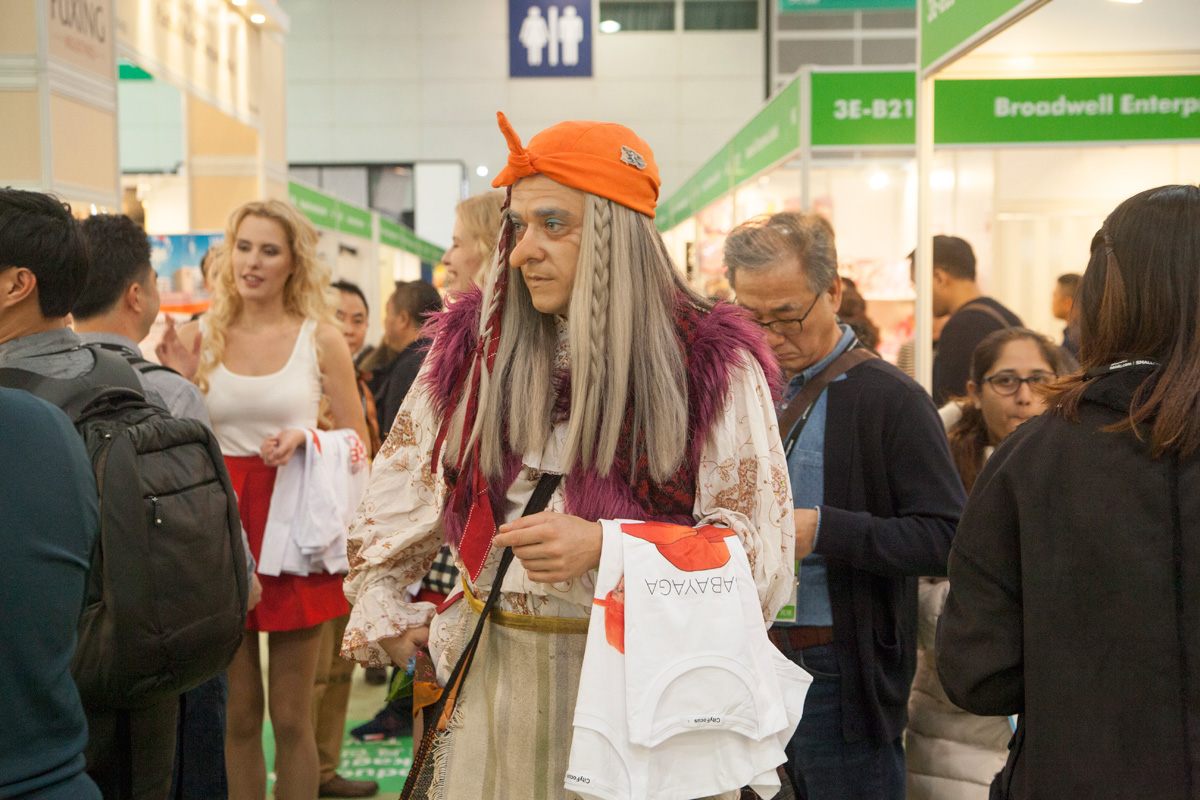 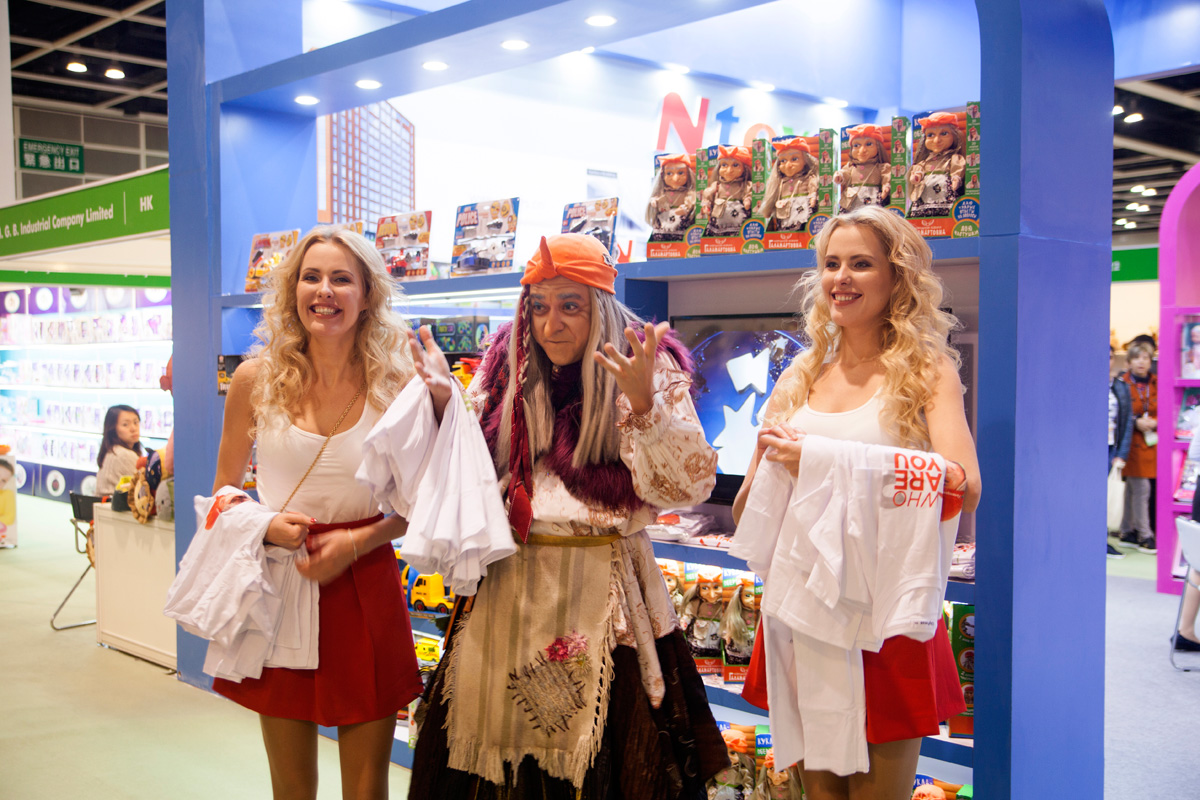 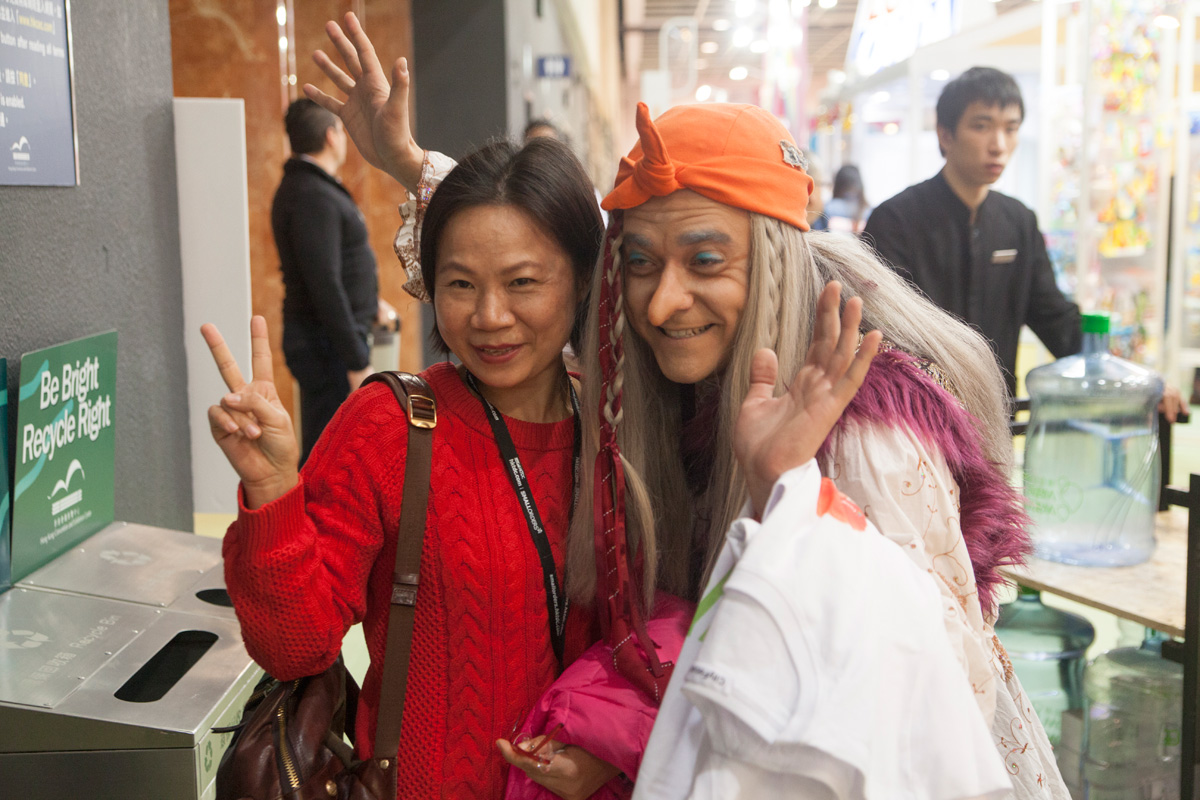