In the end of summer 2007, a sculpture of a fairy tale character appeared near Grinvich Mall at the intersection of Wainer Street and Radishchev Street. Though there is no title, anyone can recognize the character well known to everyone from the childhood – Baba Yaga who is depicted very much true to life. 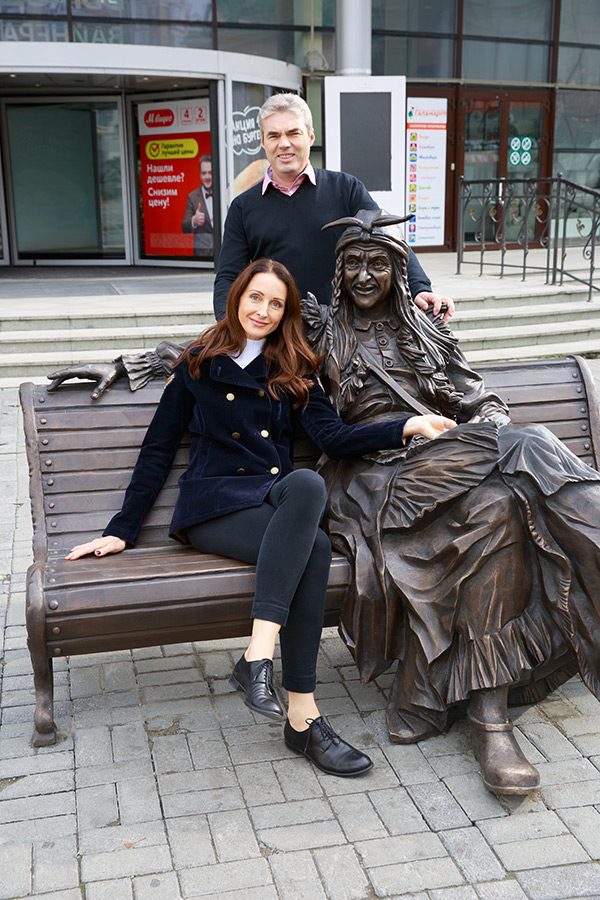 The author of the project notes that the sculpture was inspired by an outstanding actor, most beloved by children and adults, people’s artist of the RSFSR Georgy Millyar, whose impersonation embodied all of the long time recognized traits, manners and style of Baba Yaga. Through my work on the Baba Yaga character I was able to get myself familiar with his work once again. 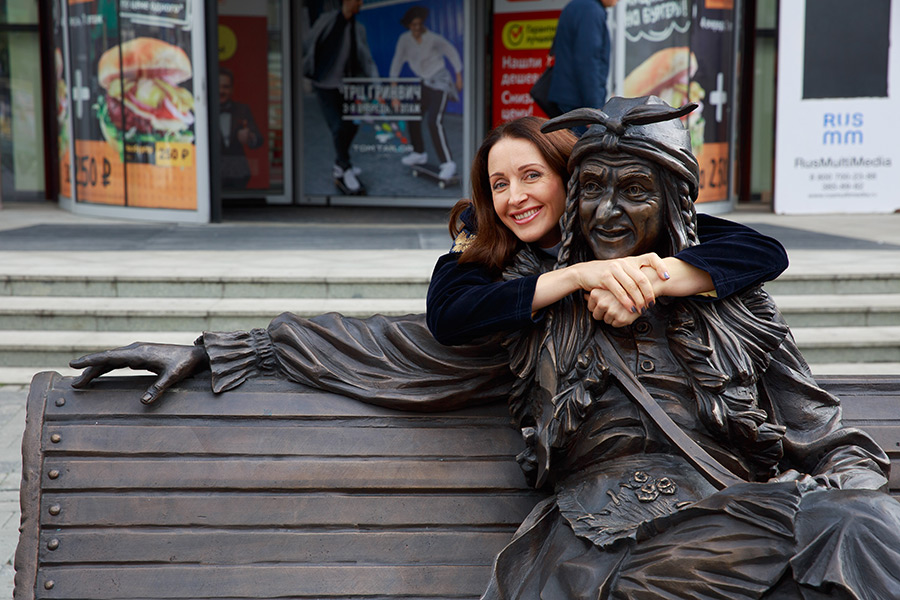 The sculpture was casted in Smolensk, where state-of-the art production facilities are established. A team of experts was engaged at the final stage of production of the sculpture, including casters, molders and metal handlers.

When a sculpture is introduced to an urban environment, it becomes its integral part and must correspond to it, hosting positive traits inside, reflecting people’s inner world, sowing “the reasonable, the good, the eternal”.

The Baba Yaga sculpture was installed on Wainer street, since it is some kind of the Ural Arbat, one of the most popular places in Yekaterinburg among its citizens and tourists visiting the capital of the Urals. For them smaller forms of sculpture are points of attraction, they raise their spirits, they embellish the city and give people a feeling of festivity.

She blended in perfectly into the picturesque pantheon of already existing sculptures: a horse head sticking out of the pharmacy building, statue of Efim Artamonov, the inventor of a bicycle, Colporteur, Lovebirds, Banker and Automobilist, Spiral of Time, Gena Bukin. Thanks to those vibrant characters the city gets the face of “uncommon expression” and its one-of-a-kind personality.

And it’s up to the citizens and guests of Yekaterinburg to decide how well they cope with the task.