In Chelyabinsk, a Baba Yaga sculpture has been unveiled.

As New Day News’ correspondent reports, the most famous Slavic witch has been comfortably nestled in the city centre near the Puppet Theatre, and totally embodies the phrase ‘creepy (if we remind ourselves of what was written about her in fairy tales), but cute’.

Baba Yaga is the most complex and contradictory image in Slavic mythology. Over the past hundred years, she has acquired the image of a scary old lady with a bone leg, living in a thick forest in a hut with chicken legs, playing all kinds of nasty tricks on good people. 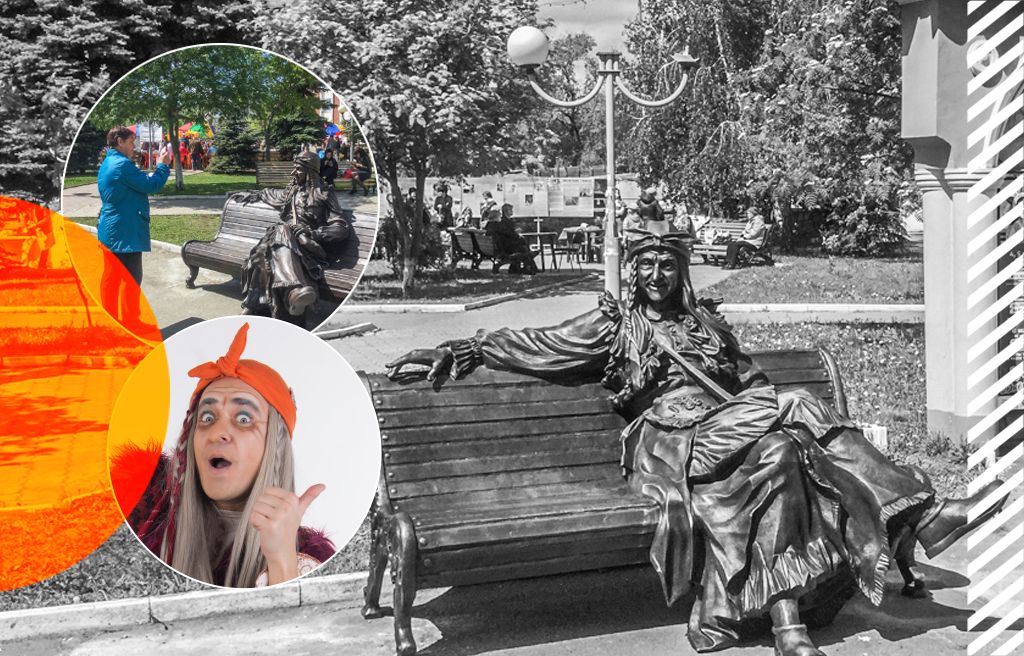 However, according to a number of studies, her image dates back to a time of matriarchy, and initially, Yaga was an all-powerful goddess (Berehynia), preserving her ancestry, national traditions and protecting orphans. Gradually, the beautiful goddess transformed into a warrior and representative of Nav (the world of the dead in Russian neopaganism). She became a guide from Yav (world of the living) to Nav and the empress of the Upper Underworld (somewhere between the world of the dead and the world of the living). It was then that Yaga got her bone (dead) leg, resembling a living corpse.

During the Christianisation of Rus, Baba Yaga was finally moved into the category of enemies of the human race, alongside other ancient gods. She transformed from a beautiful goddess into an evil old woman who baked children on the stove. This wasn’t far from the truth, by the way, as Slavs really did shove children into a hot stove. There, they (as well as youths, the elderly and the ill) were washed and had their illnesses evaporated.

In the 20th Century, Baba Yaga’s image once again went through changes and today, the witch is perceived more often than not as a comical old lady who is annoying, but fun and harmless.

It’s worth noting that in fairy tales, although Baba Yaga gets on the young man’s nerves, she always shows the right path to those who want to know and are ready to overcome difficulties to achieve their goals; although she holds the beautiful girl captive, she also teaches her all kinds of useful things such as cooking potions, keeping things clean and doing the housekeeping. So, in essence, she was a teacher. That means that her appearance in Chelyabinsk on Child Protection Day (known in English as International Children’s Day) is highly symbolic. The whole purpose of protection is to shield a child from difficulty and hardship and teach them to take appropriate decisions and choose the right path.

However, the city’s authorities, who organised today’s opening ceremony for the sculpture, have introduced a different meaning: ‘The organisers believe that this event combines cultural traditions with crucial social issues,’ said the mayor’s office.‘The Baba Yaga art project is internationally renowned after participating in foreign contemporary art exhibitions in Miami and Dubai. Similar sculptures have been installed in cities in Russia and the United States, and now Chelyabinsk will become their cultural twin city. "The nation’s superhero" has become the project’s ambassador, promoting Russian culture on the international stage and also symbolising a revival of traditional, national values.’

It’s true that the officials didn’t clarify how exactly Yaga promotes and symbolises these values, but it’s important that the babushka retain some mystery.

Incidentally, authorities decided to starting painting the fence by the Puppet Theatre for the opening ceremony, which began at 1 pm.

The painting started a few hours ago. So, for someone, the celebrations could turn out as in the spirit of Baba Yaga, both fun and mischievous. 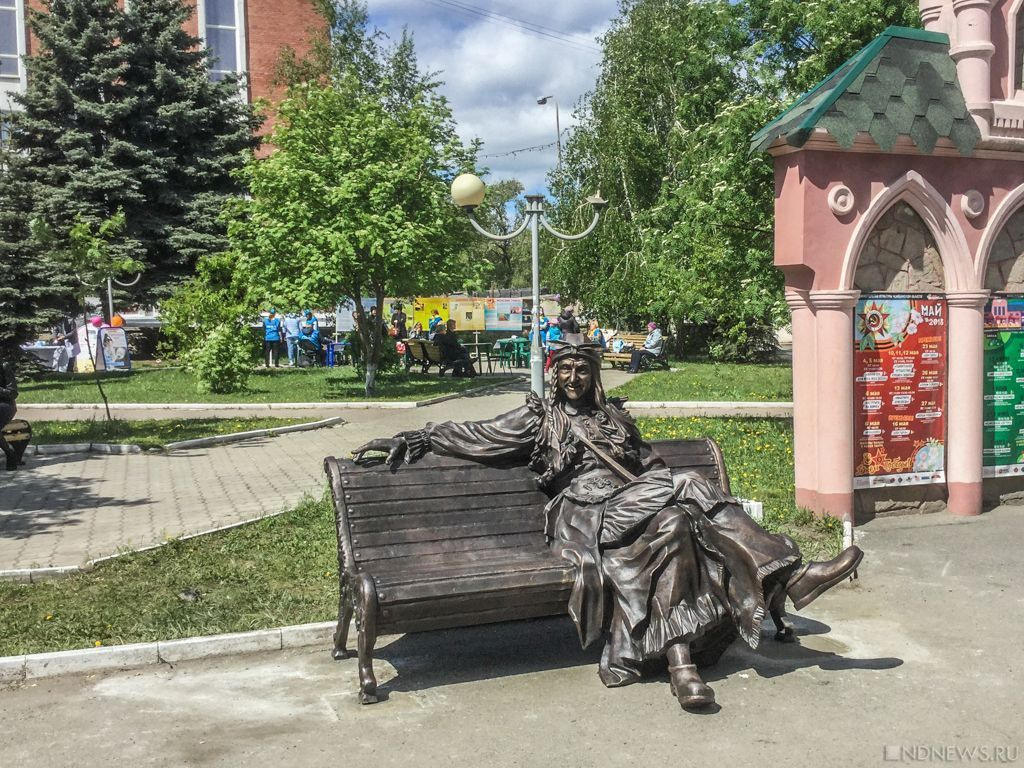 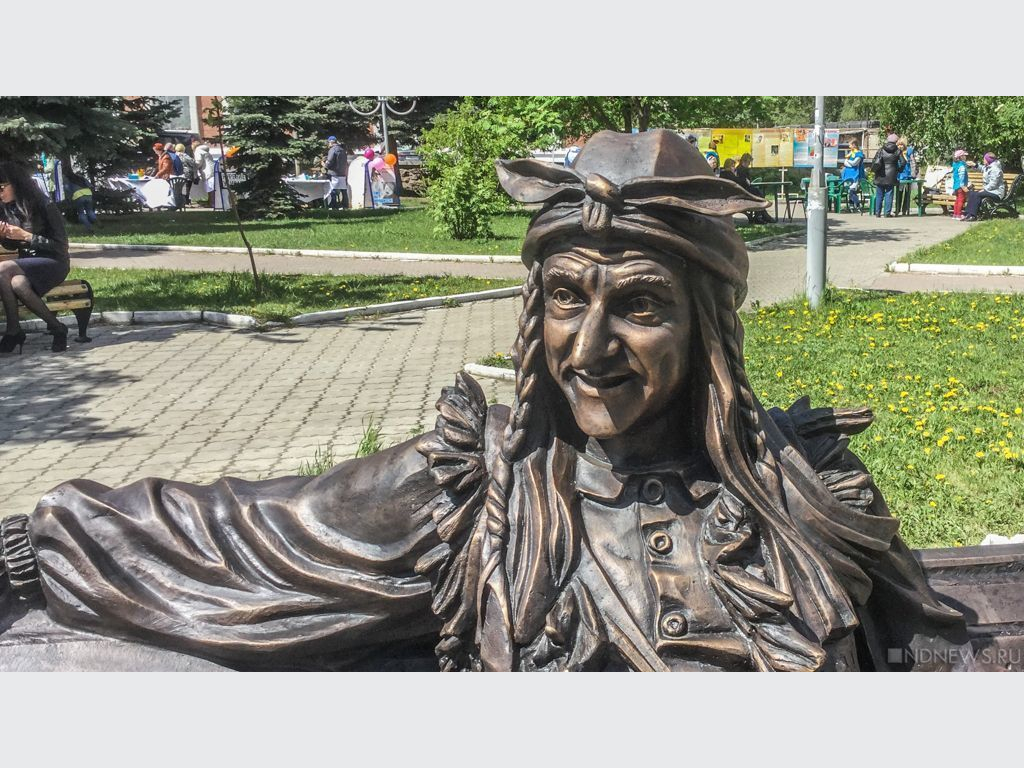 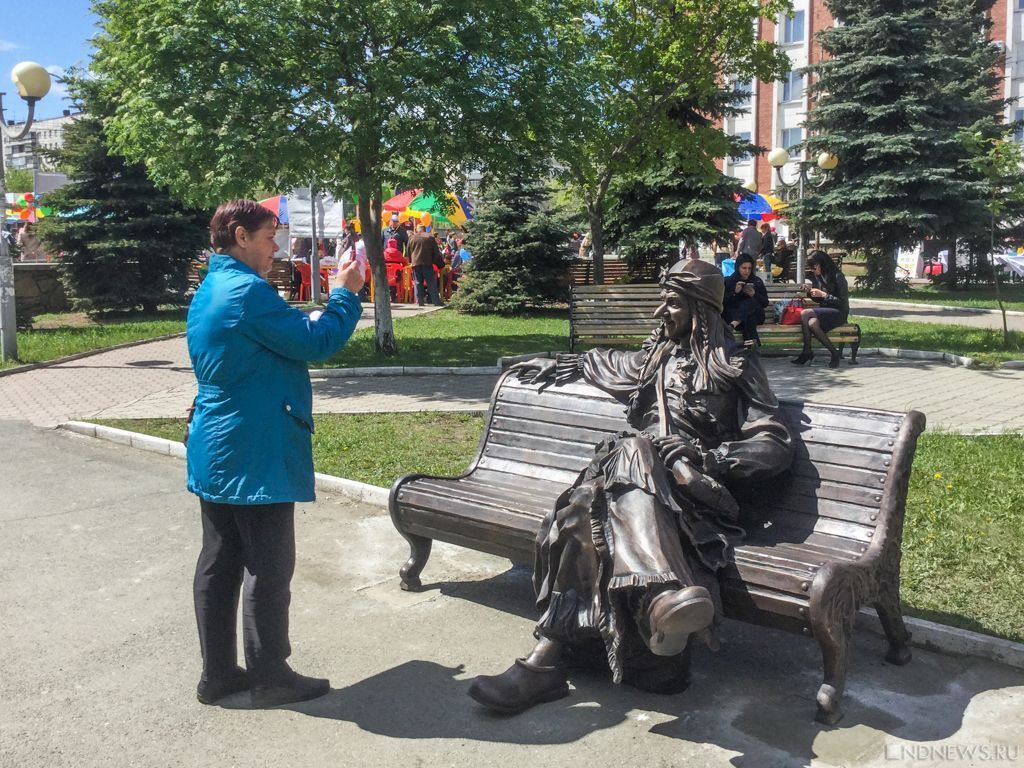